For the full post, visit the “Best of” in the Categories on the right of this page 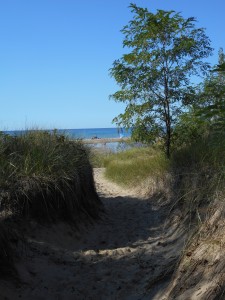 The Katniss Myth: Promise for a New Spirit in Politics

In Greek myth, Artemis served as goddess of both the hunt and childbirth. Katniss Everdeen, the young hero of our modern myth, Hunger Games, combines within herself the nurturing for which women have traditionally been known, with the assertiveness and competence that have been the touchstone of women’s evolving identity. She takes care of the inner world of emotions, as she grows proficient in the world of action. Solicitous to those most in need of solace, yet entirely capable of the hunter/warrior’s resolve, Katniss’ character suggests a renewal for our ailing spirit in politics.

But the Greatest of These Is Love

Reaching into the past, happening upon a few words of American sports’ toughest competitor,  we find  a harmony to calm our time’s discord. “What is the meaning of love?” iconic coach Vince Lombardi once opened a team meeting of his Green Bay Packers.

Let He Who Is Without Sin Cast the First Stone

The young woman alone remains with Jesus. She stands silently, in a daze. The cold sweat trickles down her back. I do not condemn you, Jesus says, and she feels the strength returning to her legs. She begins to weep, as relief flows  through her like a river. But Jesus is not one for situational ethics.    He places a hand on her shoulder and says,  “Go, and sin no more.” Before leaving, the woman gets a cool cup of water from the well and offers it to Jesus. He smiles, but with sadness in his eyes, and thanks her.

Family HIstory Whispered from the West

The green Armstrong plaid once had been a fearsome sight along Scotland’s southern border, as it was the tartan worn by rustlers and ruffians.  Reluctantly adopting a more settled life, later generations of Armstrong men descended into the coal mine dungeons near Edinburgh to eke out a precarious living for their families.  The course of my family history began when my grandfather glimpsed brighter days in Canada’s West.  His sense of adventure may have been inspired by his cousin’s letters back to the old country from the Canadian frontier, filled with yarns spun from scouting a passage for the Canadian Pacific Railway through the forbidding barrier of the Rockies.

8 thoughts on “Best of Writing”

This site uses Akismet to reduce spam. Learn how your comment data is processed.

© Tom Schultz, 2017. Unauthorized use and/or duplication of this material without express consent from this blog’s author is prohibited. You’re welcome to use excerpts and links, as long as credit is given to Tom Schultz and Spiritinpolitics with direction to the original content.